If you are a Huawei customer you must be feeling anxious. As per recent reports Google has cut-off its dealings with China based technology giant, the makers of P-series and Mate-series smart phones. Practically, with the withdrawal of Android license leads to the setback in Google updates Huawei’s new devices will not be entertained with the apps like Play store and Gmail.

On Saturday evening Google verified this report. The stance of a Huawei spokesperson on this matter is:
“Huawei has made substantial contributions to the development and growth of Android around the world. As one of Android’s key global partners, we have worked closely with their open-source platform to develop an ecosystem that has benefitted both users and the industry.
Huawei will continue to provide security updates and after-sales services to all existing Huawei and Honor smartphone and tablet products, covering those that have been sold and that are still in stock globally.
Google has made this move when there is a trade war going between USA and China. It is highly considered that Google’s decision came after the U.S. president Donald Trump has signed an executive order on Wednesday that restrain U.S. companies from utilizing telecommunications accessories made by companies which carry a national security risk. 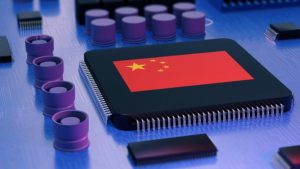 Hence with the withdrawal of license, Huawei will only be able to use the open source version of Android. It is a confined version of Google’s operating system and some basic Google apps will not be available in the devices with this operating system. No access to Play Store and other Google’s apps may cause a serious damage to the Huawei’s smartphone business outside the country. But in a recent statement made by Android on twitter