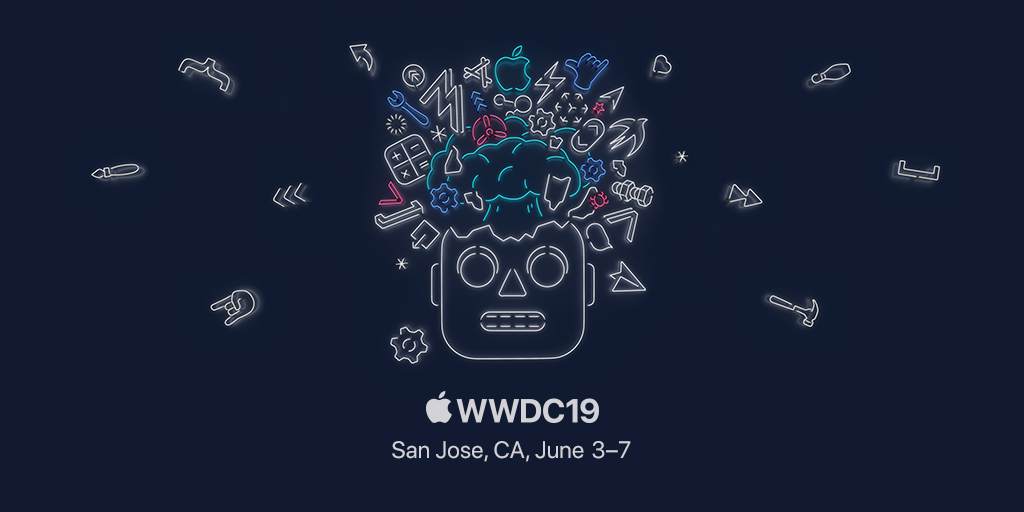 On Monday, Apple held its annual Worldwide Developers Conference (WWDC) in San Jose and introduced a lot of new devices and equipment like a Mac Pro and Pro Display XDR, iOS 13 with a dark mode, MacOS Catalina and some new features like an operating system for iPads only, named as iPadOS and new features for Apple Watch. This annual WWDC was quite diverse with introduction of many new innovations. Some of the highlights of the conference are as under: 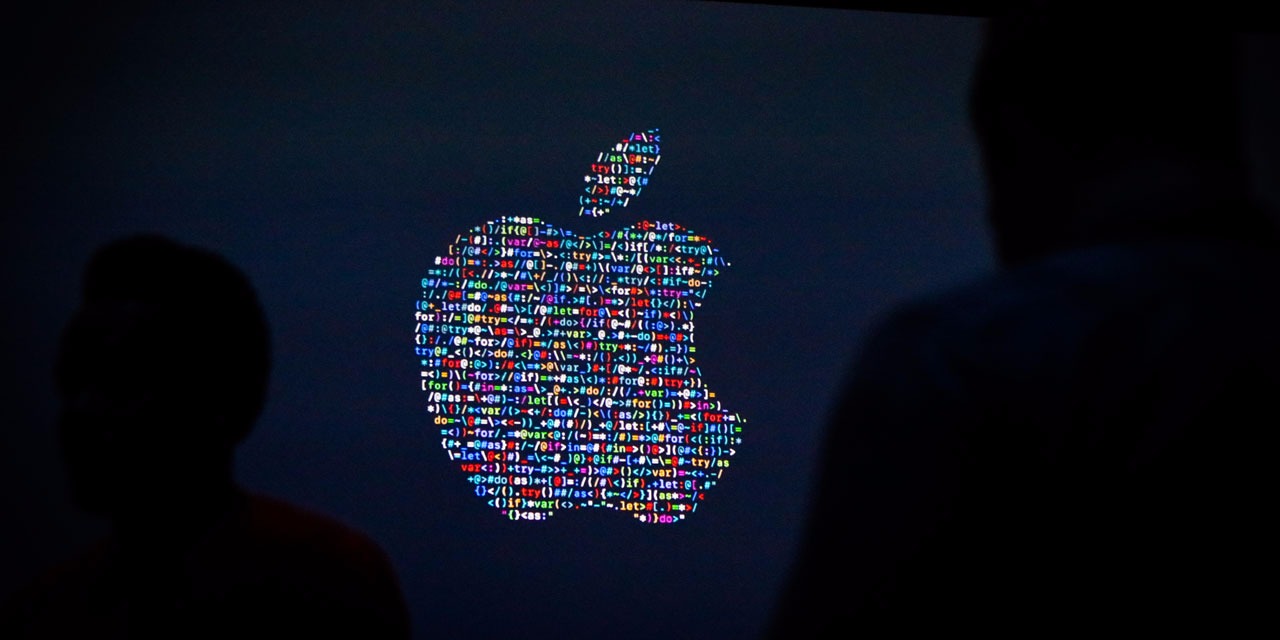 At the start of the conference, the Apple CEO, gave a preview of the new Apple TV Plus show with the news that many multiusers are showing support to Apple TV’s TVOS. He also told about primitive assistance for  Xbox One S and DualShock controllers, which is going to work with  Apple’s upcoming Arcade gaming service. 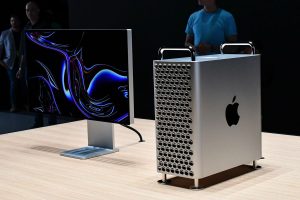 Mac Pro in its updated form, made its comeback in 2019. It is huge in its characteristics and features, some of its specs are mentioned here.

As Apple introduced Pro Display XDR which is said to be 32-inch HDR display. Apple aims to fill in both  reference and working monitors by this Pro Display XDR, for video editors. It has cheese-grater back also, which is helpful in heat sink. The screen has 6,016×3,384 resolution, is accurate 10-bit. For better viewing angles, it include a polarizer, craved glasses and a large arrangements of blue LEDs with lenses and local dimming. It supports 1,600 nits peak and 1,000 nits sustained and high contrast.

iOS 13 for the iPhones 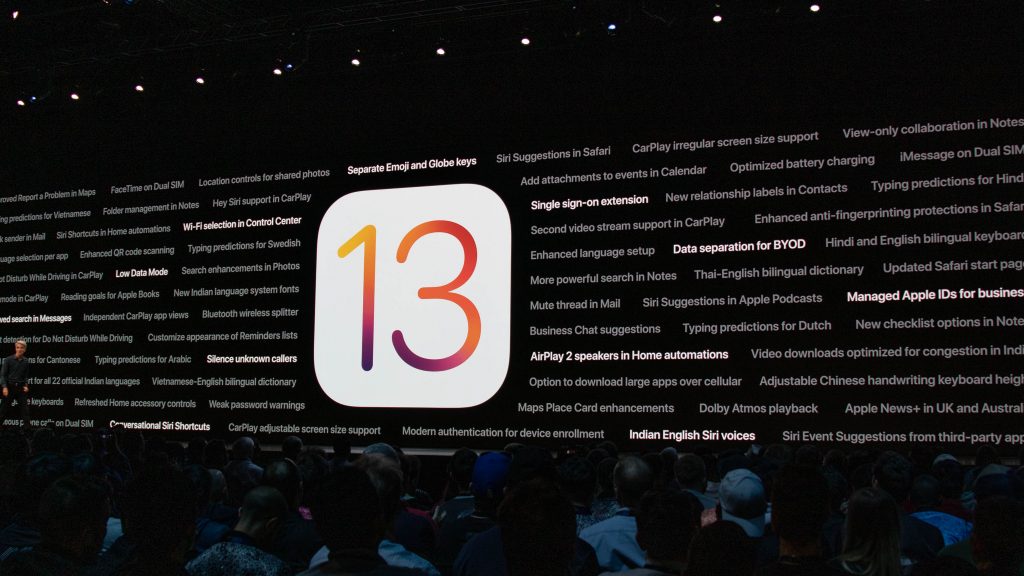 iOS 13 has finally arrived and Apple fans are quite excited but wait, your iPhone may not be compatible with iOS 13. You can install the beta version for now.

It has got a lot of new features. There are some updates for Safari, Mail and Notes and more precise and updated maps will turn up in Maps at the end of this year. There is some improvement made in HomeKit security as well. Apple now owns a HomeKit-in-routers partner program.

There are also some Memoji upgrades are made for personalization, now there are automatic sticker packs are available for your Memoji.

Photos also have some amazing updates like portrait lighting effects and an improved editing interface, ability to rotate and filter videos and a new automatic assembling of your Camera Roll.

Siri with a lot better voice is capable to read and answer to your messages through your AirPods. Your HomePad has more personalization capabilities now. You can share music with a friend, who is also using AriPods, from your iPhone in iOS 13. CarPlay also has a new dashboard with broadened partner apps. 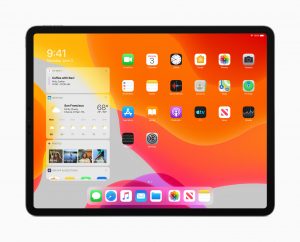 With the announcement of separate OS for iPads, Apple fans got more than excited because it seems very useful and descent. It will let them take better advantage of the bigger screen.

iPadOS in iPads offers a better interface for multitasking, allows multiple windows in apps with split screen, lets pin widgets to the home screen and has App Expose. There are more features like there’s a column view in Files, more metadata and quick actions. And now finally you have become able to share folders to iCloud Drive and you can attach to network servers.

The new changes in iPads make them more like laptops. The new OS include support for USB thumb drives and enables you to directly transfer photos from camera. Safari on iPad will also be upgraded and it will drag the desktop site resized for its display and for touch input.

Apple has also opened the programming interface to other software developers. 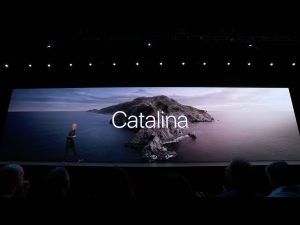 The new version of MacOS, version 10.15 or “Catalina“, has many new features. It includes has an iTunes replacement dubbed Music, less-meddeling iPhone assimilation, a Podcast app with listing for easy locating, and Apple TV with Dolby Atmos and Dolby Vision support.

You can now use your iPod as second display by using the new app, named Sidecar. It incorporates supportive voice control.

Programming language Swift has a new and easier frame of work for programmers. RealityKit and Reality Composer updates to ARKit have made the Minecraft possible for the developers and the starters. Developers now easily transfer their iPad apps to MacOS, using Project Catalyst.

MacOS includes an Activation Lock and Find My for locking approach to your MacBook from burglars.

With new updates in Apple watch and watch OS 6, you have voice memo and calculator on your wrist. The new faces for Apple watches are gradient face, digital face, California Dial and a Solar face with a 24-hour sun path.

There are modernized and updated versions Health app, Noise and fitness-tracking apps are forthcoming. Also the new app for ladies, menstrual cycle tracking app is oncoming in both watch and iPhone.

The Apple watch app store is also highly anticipated feature in Watch. It will let you browse, purchase and install on the watch.

One thought on “Apple WWDC 2019 : All Apple Announcements”